Sylius vs Magento Get to know the key differences - free E-Book included!

by Paweł Jędrzejewski
12.12.2020
4 min. read
Categories:
Sylius Hackathon Summary
The first ever Sylius Hackathon is already behind us. We had an amazing time with enthusiastic participants and managed to build some very useful plugins.

As you probably know from our previous blog post, part of our team: Łukasz, Arek & me, have travelled to Berlin for the code.talks Commerce Special conference and most importantly, to attend the Sylius Hackathon. The event was organized by the awesome guys from Coding Berlin and hosted at the VOTUM GmbH offices. We have managed to gather over 20 people, from which some have travelled quite a distance to attend a full weekend of coding. Many people have not worked with Sylius before, but were eager to try our new eCommerce framework.

We started with my presentation, which explained the differences between existing PHP solutions and also clarified Sylius plans for the future. Not so long time ago we have released BETA2 (check the blog post here!), so it was a perfect moment to try out the latest features and improvements.

After the presentation, Łukasz did a hands-on workshop, which introduced everyone to Sylius basics and our BDD workflows. Once all Vagrant & Docker setups were up and running, we have started customizing Sylius to include new Suppliers management functionality in the admin, using PHPSpec & Behat

As we are starting to build our ecosystem, we decided that it would be cool to not only try customizing Sylius, but also sharing our work with the community. Here Plugins come to play! While our conventions are still evolving and we are adjusting the core platform to better support this kind of extendibility, it was a great exercise for everyone, including us, the core team.
To be honest, everyone was so into coding on late Sunday, that we had to convince them to finish and get some relax! 🙂

Some examples of what we have built:

I was really impressed by the output, because it was first time experience for most of the developers. The community in Berlin is amazing and everyone had a blast!

BBQ at the terrace

We finished the weekend with a BBQ party at the terrace of VOTUM’s offices. The food, beer and view was amazing and we continued some technical discussions about eCommerce, DevOps, integrations and more… Yes, 2 full days of hacking was not enough for these folks.

See some more photos in CodingBerlin’s album on Facebook: https://www.facebook.com/pg/codingberlin/photos/?tab=album&album_id=803426556476980.

Listen to the interview I gave at the end of the event here: https://www.youtube.com/watch?v=bTUlzVy3QF8

You can also read the summary by VOTUM GmbH in German here: https://votum.de/fokus-e-commerce/sylius-hackathon-und-interview

We would like to thank CodingBerlin for organizing this event and VOTUM GmbH for hosting us. It was a great experience and we look forward to more events like these.

Organize a meetup or hackathon

If you would like to organize Sylius event at your company or local community, let us know via e-mail: contact@sylius.com. We would love to help! 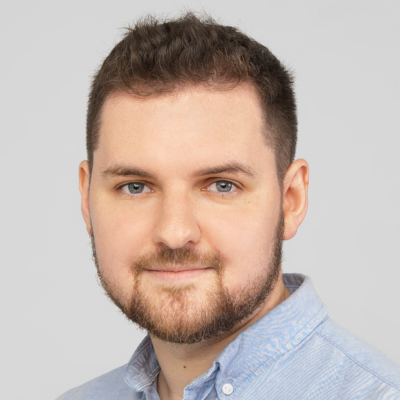 Business News Technical 4 min read 28.09.2020
PayPal Commerce Platform becomes a global PSP Partner of Sylius
Get ready for global sales & operations with the most advanced payment solution from the famous fintech giant, now available in Sylius out of the box. Read More

Business News 4 min read 14.09.2020
New Release: Sylius 1.8 with API Platform and Loyalty points system
We proudly present to you the latest version of the Sylius eCommerce Platform – 1.8, which comes with a brand new, unified API powered by API Platform, Loyalty points system for Sylius Plus, and as you can probably see, a brand new sylius.com website! Numbers This new release is a… Read More

Business Ecosystem News 4 min read 13.08.2020
Sylius Plus: MK DIRECT Holding migrating its 3 leading French brands
Read why the French market leader trusted Sylius in a strategic re-platforming process to get a competitive eCommerce advantage. Read More
Comments
Subscribe to our newsletter
And be the first to know about Sylius news